For instance, frequently when we rounded the hill on Dodge crossing over 49th, my grandmother would exclaim, “Oh the Hilltop House.” It was said in a cherished way, almost to herself. Or it might come up in a discussion between my mother and grandmother when talking about ladies’ luncheons. Or ladies who luncheon. This was the spot. I was taught that it had delicious food and a great interior. If you were like me, you would have liked to have heard about the Hilltop House over and over and imagined it–because that was the beginning of imagining becoming a lady who lunches. Someone I never did become.

I cannot even remember if the restaurant was still open when I was a girl. I can’t remember seeing its sign. But the location, 4911 Dodge Street, has always been in recollection and being privy to such savory details about what went on inside….well, it’s a classic Omaha landmark in my mind.

Years later, in the early 1990’s I would move into the Ambassador Apartments on 49th Ave. These apartments were, and still are, right around the corner from the old Hilltop. I would often go for walks around the area and always thought the original 4911 building had such an understated poshness compared to other buildings in Dundee. All at once a California Regency feel crossed with a Cape Cod-East Coast country flair. Moneyed, exceptional design, in Miss Cassette’s early assessment.

The History of Hilltop House Restaurant

The Hilltop House Restaurant, 4911 Dodge St., was started in 1941 by Raymond and Mildred Matson. Mrs. Mabel Hansen was also a part owner. Mrs. Hansen was Mildred’s mother. Alfred and Mabel Hansen were long time Omaha restauranteurs. In fact, Alfred and Mabel Hansen owned the original land that Hilltop House was built on. The Hansen’s also reportedly owned the Elwood and Ambassador apartment buildings to the west of the restaurant. I had also read that they owned the Mildred Apartments but I could not find a history on that building in directories from that time, which was odd to me.

Ambassador Apartments at 111 S 49th Ave. These were going to be condominiums but it looks from the website that they are still renting apartments.

Hilltop House was quickly considered one of the top restaurants in Omaha, serving home-cooked style food. The kind of real food, made with real ingredients that we are all truly starving for now. They were known for their creamed chicken on a biscuit, homemade soups, chicken salad, hamburger steaks and seafoods, fruit and cream pies. As late as the 70’s Peter Citron continued to write lovingly of the Hilltop House. In his articles he mouth-wateringly described his favorite baked chicken with gravy, steamed brisket, baked game hen and ham croquettes. Interesting that he mentioned a change in ordering style in the mid 70’s, “you will fill out your own order.” As my grandmother had described many times, the desserts were varied and apparently “to die for.” Strawberry shortcake, pumpkin, cherry or nut cream pie, bread pudding, Bavarian mint, fruit cobbler cake and apple crunch were on the everyday menu. I have been assured that every slice of Hilltop House’s desserts were sheer perfection.

Another part of Hilltop House’s appeal was the decor. People could not get enough of the knotty pine woodwork and varied dining areas. The Matson’s designed a Cape Cod Room, a Danish Room, a Duck Room, the Garden Room and the Red Rooster Lounge. Was this straight out of the Official Preppy Handbook? Doesn’t it all sound divine? My mother remembers the Red Rooster Lounge being for Men Only. Now that is very old school East Coast, indeed. I could not find proof of this particular statement. I did find on one Omaha website, that in its later years the Hilltop House became popular with gay men. Now this makes sense to me. Can you imagine sitting in one of the dining areas, looking out from those gorgeous windows as the traffic rolls by on Dodge? I included an absolutely fantastic article about the expansion of the Hilltop House and a wonderful description of the decor from the Omaha World Herald, January 14, 1951. (See below.) The article explains that the Hilltop House expansion involved connecting the restaurant at 4911 with the Mildred Apartment House to the south. This is the additional apartment building of the Hansen’s that I could not track previously. Mystery solved. In the background of the photo you can see the Dundee Towers on 49th Street being newly built. 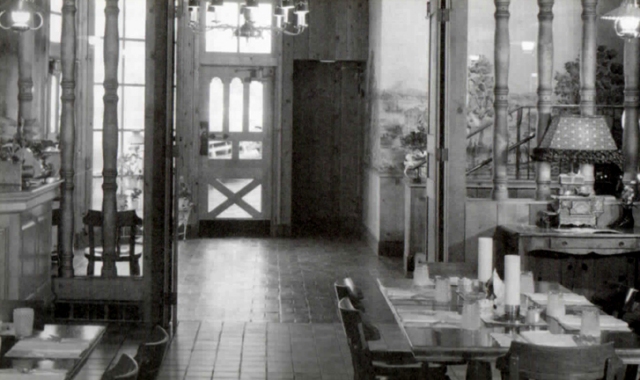 In 1962 Ray Matson and Hilltop House won the Taste of Nebraska Award. According to phrasing on the back of the fabulous Hilltop House postcards, they also carried the Duncan Hines seal of approval. Ray Matson was also the first Nebraska president of the Restaurant Association in 1947 and 1948.

End of an Era

After 39 successful years at the Hilltop House, the Matson’s, understandably, wanted to retire. The year was 1979. The OWH article below, from July 18, 1979, broke the news to a surely disapointed Omaha. I couldn’t help but wonder if the Dr.Wally Duff mentioned is Omaha’s best otolaryngologist?  Also of note, a mention of reopening the Red Rooster Lounge. It must have fallen from favor for a while. The new developers’ idea was to recreate it for the new, young, sophisticated crowd “who would like to sip without disco…”

The 1980 and 1981 Omaha city directories still had Hilltop House listed under its familiar operating name. This OWH article of June 1981 made an announcement of Hilltop House (shockingly) becoming a Mexican restaurant. Apparently Bob and Kay Mackie had bought Hilltop House after a recent success with their newly opened Mexican restaurant called Roberto’s out on 90th and Center. The couple also owned the Old Mill Lounge. The article hints that the previous partnership, who had bought the property in 1979, could not make a go of it due to “lack of restaurant experience.”

Roberto’s Hilltop must have made it for a little while at least because I was able to find its offerings listed under a new restaurants section in the OWH in 1981. Mexican and the Hilltop House classic, creamed chicken, seems like it might have been an odd combination for Omaha at that time.

I never did find Roberto’s listed in the city directory. They must have been there a very short time. 1982 had 4911 listed as “vacant”. Hilltop House sat vacant in 1983 also. It wasn’t until 1985 that 4911 Dodge Street was listed as “Under Construction”, which, after all this dismal detective work, made me feel a bit of relief. 1986 brought Nan C, a fine women’s clothing shop onto the scene. Additionally Strategic Management Resources, Brian Zdan attorney, First American National Securities stock and bond brokers, A.L. Williams and Company Insurance and Bill Ramsey Associates Inc moved in the other, now divided offices. 1989 found 4911 listed under Nan C but 4913 had been broken into formal, individual suites. 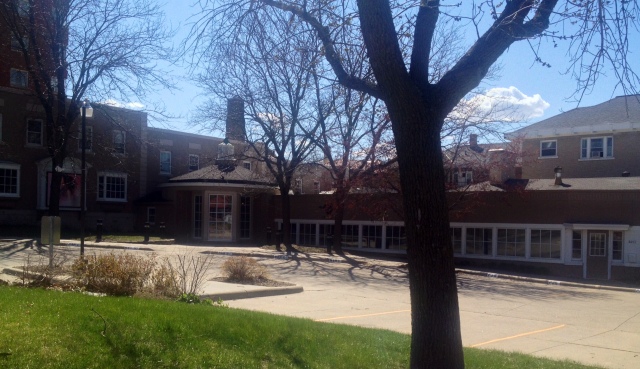 Nan C has maintained this beautiful location all of these years since 1986. This really is quite a glorious store, if you’ve never been. Currently the other offices are leased by Pasutech, Paul J. Strawhecker Inc and Alcoholics Anonymous central office.

In beginning to research this article, I called Linda Matson Anderson, daughter of Ray and Mildred. She is a realtor in town and understandably busy as the spring season builds. I found her to be both very friendly and direct. She was so kind to let me use some of her family’s photos. She was very firm that I would not be getting anything else from her–apparently people have claimed to have the various, delicious, original Hilltop House recipes and or have tried to get them. I completely understood her protective nature. I assured her I cannot cook. We will have coffee at some point and discuss all of these very good things. I was able to share with her some brief memories of her parent’s restaurant from my child’s eye. 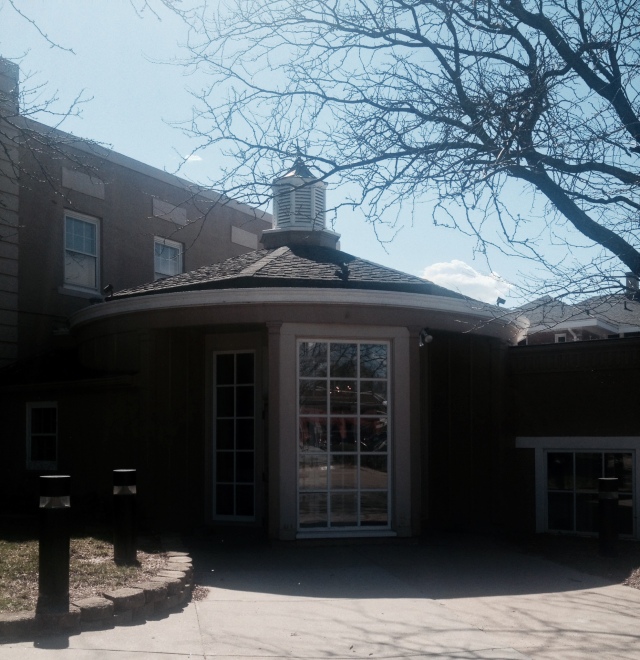 I still get the same feeling when I pass by Hilltop House. Clean, simple luxury. I can occasionally hear my grandmother say, “Oh the Hilltop House”…and on those days, that is quite comforting.

I welcome your comments and would certainly love to hear about your memories of the Hilltop House. To enable comments, please click on the header title. Thank you, Omaha friends!